Before our second transfer attempt, I had to be out west for several days so my body could get over the jet lag. But it was 115 degrees in Phoenix! How is that even a real temperature? So Natalie had the idea that I should fly in to San Diego and they’d meet me out there, and we could spend a few days in the gorgeous cooler weather before driving back to the desert.

On my way there, the flight was canceled and I had all these options like, I could delay a day and a half and maybe get out there at a reasonable time, or I could switch airlines, but the only seat left was a Delta first class seat…After much back and forth with Natalie and Logan, they told me to get on that first class plane and get there! I’ve never flown first class before. It was pretty nice, I must admit, especially since we ended up sitting on the runway for literally three hours, due to some kind of mechanical plane problem. I was happy to be in a more comfortable spot for that…

San Diego was super fun. I would love to go back there with my family sometime. The kids would love it.

The first day, we went to Balboa Park. Everything was so beautiful there. There are museums, art galleries, street performers, restaurants, botanical gardens, and incredible architecture, all in this park that borders the zoo. We didn’t get to explore half of it. One thing that cracked me up was these little electric vehicles that people could rent. I cracked up every time I saw someone tooling around the park in one.

Part of Balboa Park is the Old Globe, and I of course insisted that we must go on the tour. I always love seeing backstage life at any theater, but the Old Globe was a bit of a disappointment. I didn’t realize that, while it looks like Shakespeare’s Globe on the outside, that’s just a veneer for a pretty standard, late-twentieth-century theater. I was so terribly ticked about that that it kind of ruined the rest of the experience for me! 🙁 Their Festival Theater, though, is a bit more Globe-ish. I’d like to see a show there sometime. And the stories the tour guides told about the theater’s creation were pretty interesting.

Our second day there, we went to Coronado, where there is a huge beach for dogs. Moose had a great time playing in the waves. It was weirdly foggy, so my pictures look kind of creepy. Some of the dogs were amazing. One of them was fetching a ball that its owner was throwing into the waves. At one point, the ball went too far out, and the dog just waited and watched until the waves brought it in.

And then the next day, we drove back to Phoenix. 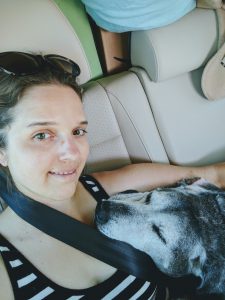 I was very nervous about the transfer, after everything that happened last time. Our plan to ship the embryo to Virginia didn’t work (due to a problem that was the clinic’s fault), and we were all frustrated and angry. I told Natalie I needed her to be my IVF doula and help me advocate for myself. She said she felt like she could do that. Last time, they wouldn’t let me take any Valium until literally minutes before they did the procedure, so I didn’t feel it at all until the procedure was over. This time, I took one before we went there, which helped take the edge off. Things overall went better, but still were not what I would call professional AT ALL.

I asked the nurse to make sure that either the doctor or she was telling me what was happening. She started to explain to me how the procedure worked. I told her, “I know what the steps of the procedure are, I want to know what is happening as it happens.” She told me that the doctor doesn’t like for patients to know what is going on, she just wants them to close their eyes and relax. I said, “I do not feel safe closing my eyes and being poked and prodded without some sense of what is going on.” Natalie tried to explain, too.

Finally, the nurse said, “I will try to tell you what is going on, and I’ll lie to the doctor if she asks me if your eyes are closed. She can’t see your face once the procedure starts anyway.” I suspect this doctor is pretty hard to work for… 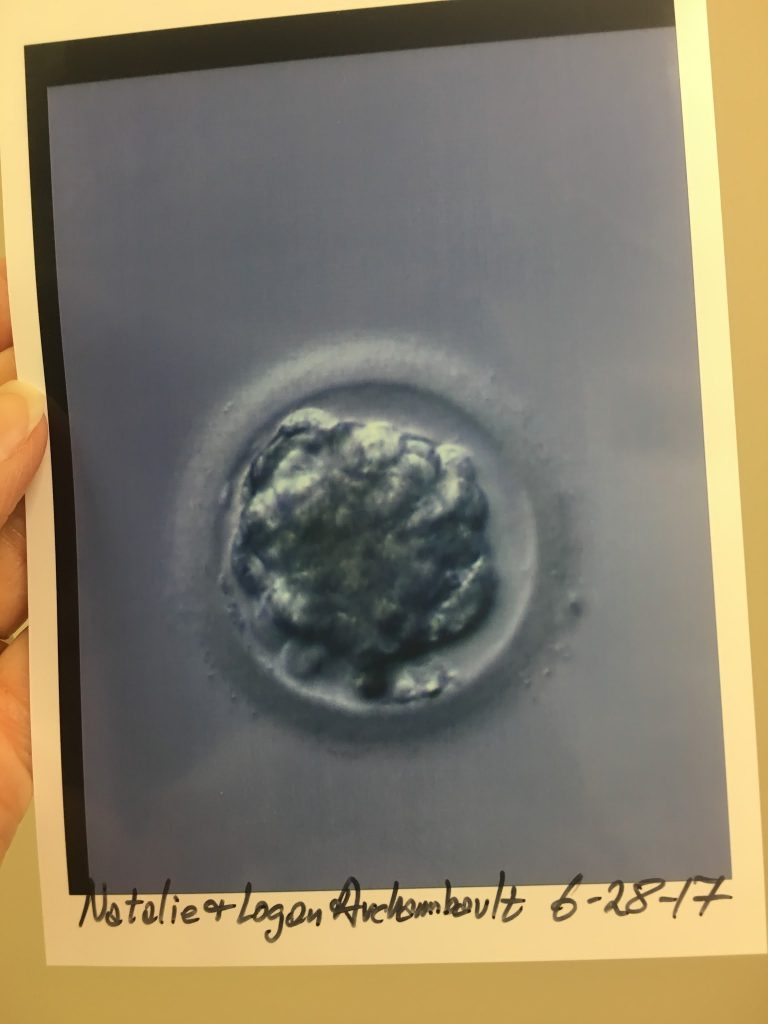 The procedure went better this time. They had an actual drape for me (last time it was more like a paper towel!). The nurse talked me through what was happening. I didn’t cry. So that’s progress all around.

I got lovely bits of support from friends. A few of them who knew what I was traveling for sent me sweet encouraging text messages and told me they would pray for me. I got random, “I’m thinking about you today” emails from a couple of friends who had no idea, and that was so encouraging, too.

I felt much better after the procedure than I had last time, possibly because I spaced out the Valium. We went and got pedicures and lunch right after because we had read the statistics on bed rest and found that it doesn’t help anything (and may actually lower one’s chances of success). 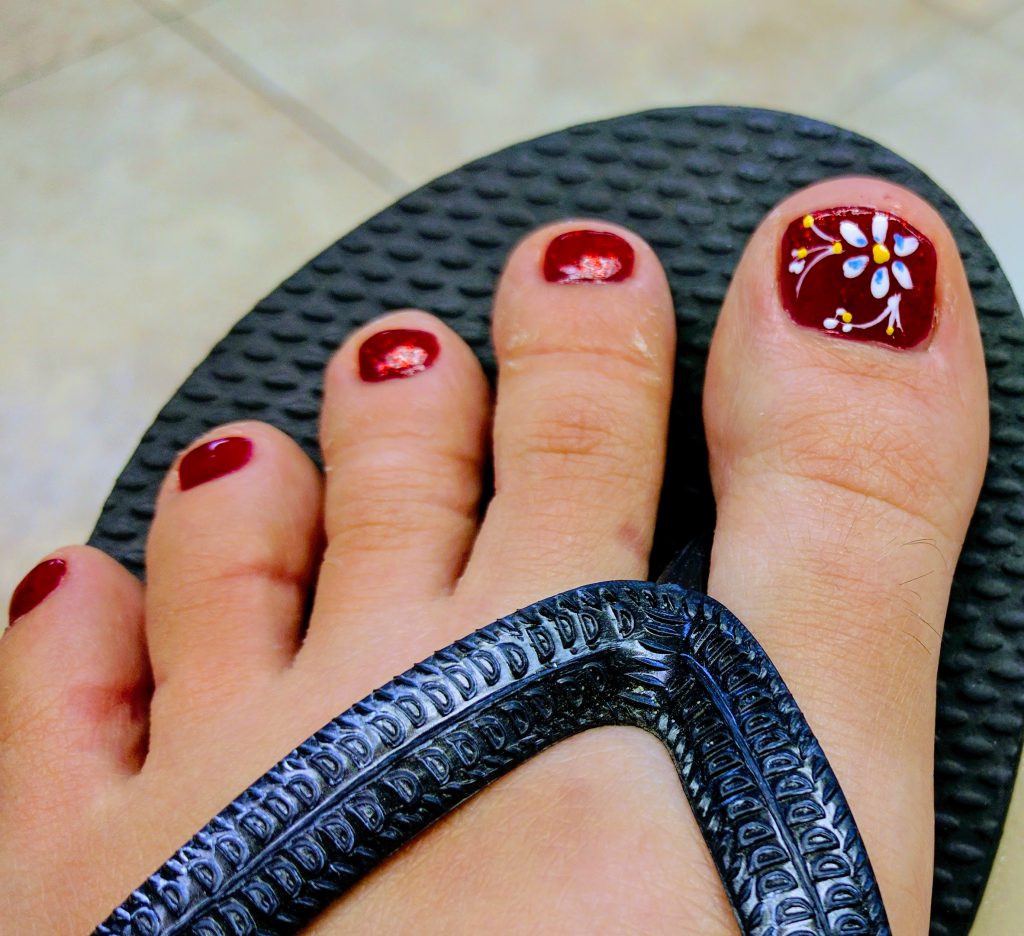 That afternoon, we rested and chilled out. Shakespeare in Love was on the TV and I totally theater-history-nerded through the whole movie. I felt like I had to apologize later! But Valium lowers one’s ability to know when one should shut up. And if there was ever anyone in history who owed me the favor of letting me nerd out for two hours, it is Natalie, on that day of all days, right?

I stayed one day after the transfer, instead of getting right home the next day. Traveling the day right after was awfully stressful last time! Instead, we spent the day hanging out, visiting a great consignment store, and getting dinner with Natalie’s best friend. 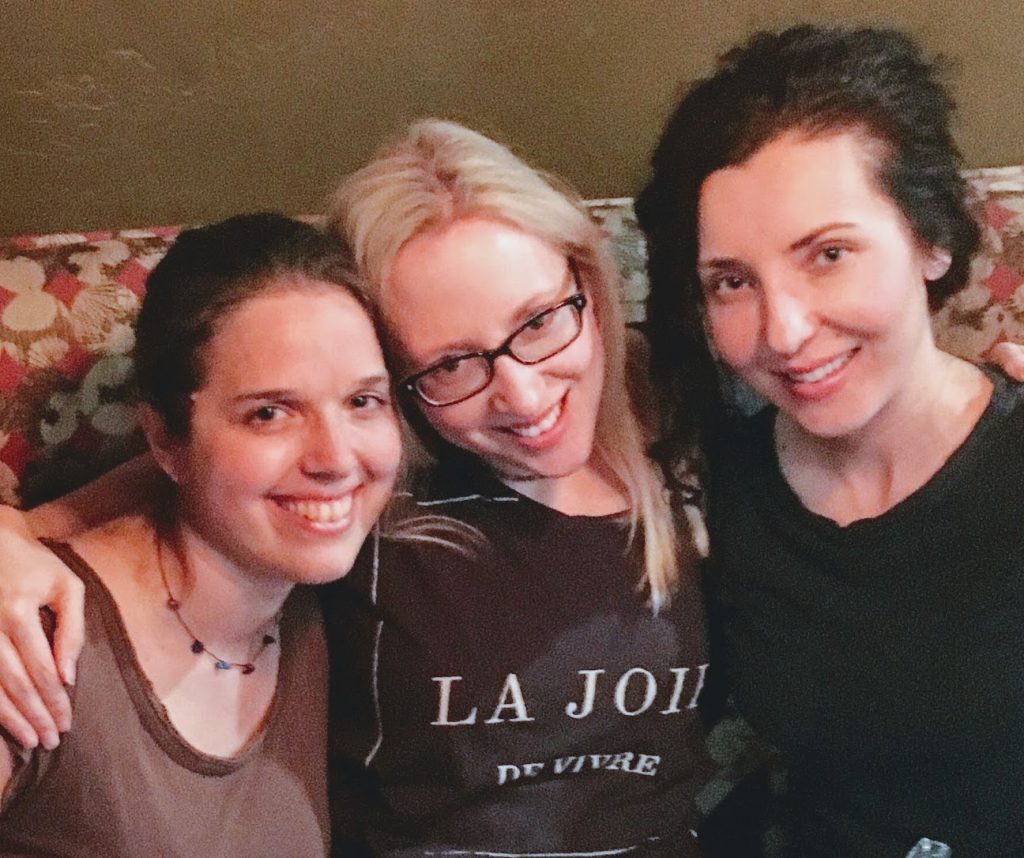 And then the next day, it was back to Virginia…and six days later, this: 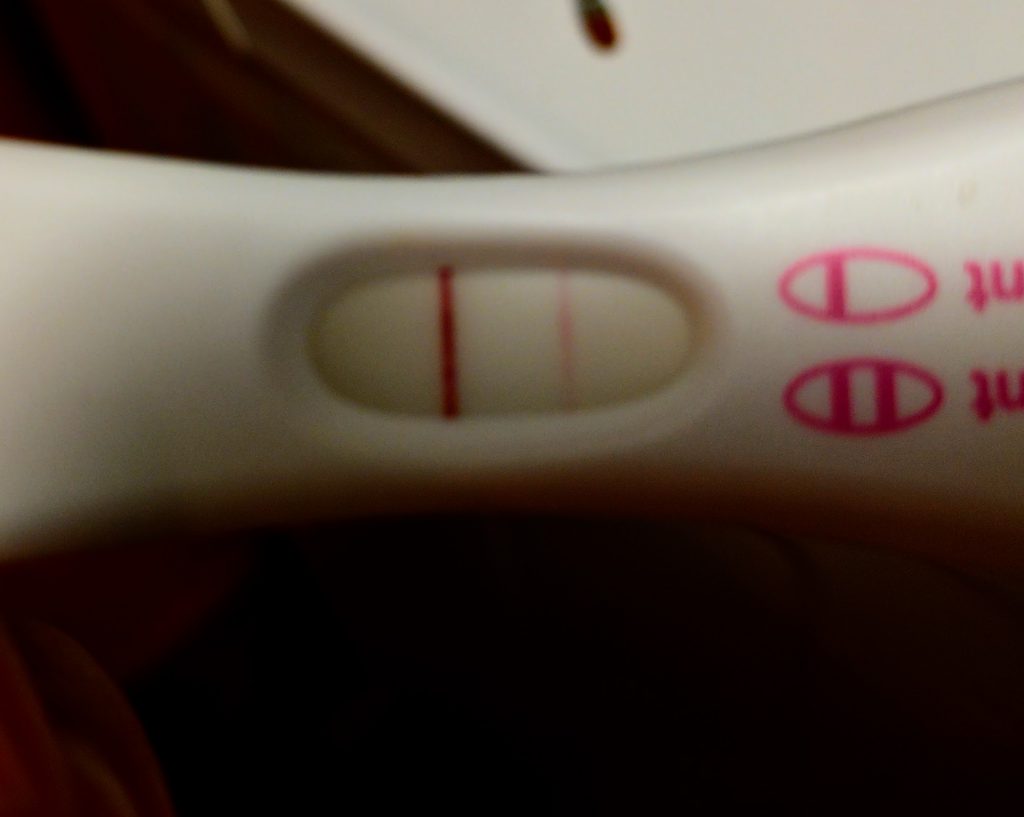 So maybe we don’t have to do that again! Goodness I hope we’re done with that part.