It’s been 8 weeks since Ely was born. Honestly, it all feels like a bit of a weird dream–like all of last year is from a different life. I thought I was sort of done writing publicly about this, but I do have one more thing to say. 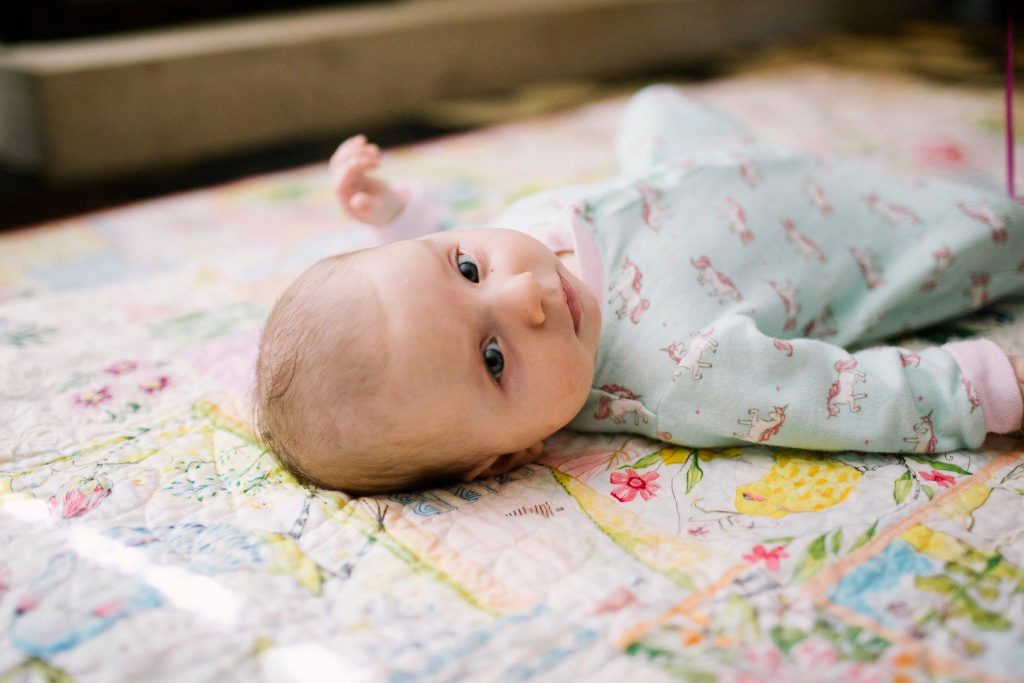 I keep forgetting, on some level, that I did give birth only eight weeks ago. I get frustrated with myself for not being physically capable of doing lots of stuff, or being really exhausted when I do. The other day, I went and dug in the yarden and pulled some weeds for a couple of hours, and I was so sore, in — ahem– parts of my body I wouldn’t have thought would have anything to do with weeding, but I guess it’s all connected.

I don’t remember anything about recovery from my other births, because most of what I remember is about the baby. I was so focused on them, I didn’t have any space to think about my own body. I also was physically anchored by the baby. I wasn’t about to go spend a couple hours digging because the baby would not tolerate that kind of nonsense.

The other day, I looked back through some photos to get a visual reminder of what that was like before. I keep feeling like I’m behind, but…nope, probably right where I should be at this point.

What I see is pretty familiar, actually. A bit of a postpartum tummy roll going on. My posture not quite popped back to where it belongs, too accustomed to my hips tipping forward to accommodate the weight of a baby.

I look pretty tired in all these pictures, and you might think that would be better this time around, but I’m pumping, so I’m getting up generally twice per night for that, which means I’m not getting a ton of sleep, and it’s interrupted. I’m hoping to phase out the middle of the night pumping soon ish, but I’m not there yet. Also, my iron is way up from right after the birth, but it’s still not where it should be, which means that my energy has a lot of room for improvement.

I keep pushing myself too hard, and I think that when I had tiny babies–especially 2 under 2–I was gentler with myself. Any day that I got to the end of the day and all of us were still alive was a pretty good day. This time around…well, I was writing emails for a church council issue at 36 hours postpartum, and largely back to work with my coding clients by 2 weeks. I tried deep-cleaning the living room at about 3 weeks…and I succeeded, but then I had to go back to bed for a whole day, so not sure that was a win. Certainly not a good idea.

But the thing is, other people are also forgetting, and expecting too much of me. And, of course, some people don’t even know. It’s different when I have a tiny person completely attached to my body for six months. People see that and they tend to lower their expectations. This time is different. People are expecting more of me, or wondering why I’m not able to do all the things–and they’re saying so, to me or to other people and it gets back to me.

I know it’s hard to remember, because the baby is far away. It’s hard for me to remember, so I can only imagine how it is for other people. But I need people to try to remember, to try to picture a chubby little eight-week-old baby and know that I’m still working on getting back together, physically, mentally, emotionally, and whatever category tiredness would fall under.

If I could eliminate a word from people’s vocabulary when they’re talking to me for the next couple of months, it would be “still.”

You’re still pumping? What’s the point of that?

This is the one that bothers me the least, because it does seem kind of odd to be pumping without a baby to feed. Well, I’m still pumping because it is a pretty solid way of helping my body get everything back to where it should be. AND I am able to help some vulnerable babies by donating to the milk bank. ALSO because lactation can help prevent or lessen symptoms of postpartum depression. Since I had it after Silas was born, and I had some depression during this pregnancy, I’m at a relatively high risk for it. I’d sure like to not have it. So I’m pumping at least until I’m out of the postpartum depression danger zone, which puts me starting to wean in late July. So yes, still.

You’re still not able to stay up past like 9? Why, you don’t have a baby keeping you up at night?

Birth is a big thing to recover from. My body needs sleep to recover. I’m tired. Get out of my face, I’m going to bed.

Okay, the four people who have said this to me (one of them when the baby was four weeks old) are dead to me. Seriously. I can forgive a lot of things, but you’d have to be Jesus on the cross for this one.

In case you are wondering how long after the baby is born it is appropriate to make a comment like that, the answer is 400 years.

PS I’m back in my regular jeans and yes they’re a little muffin-top-y, but the baby is eight weeks old.

The fact is, I need to remind myself, and I need everyone else to remember, too. I need help to just be patient, to be still.