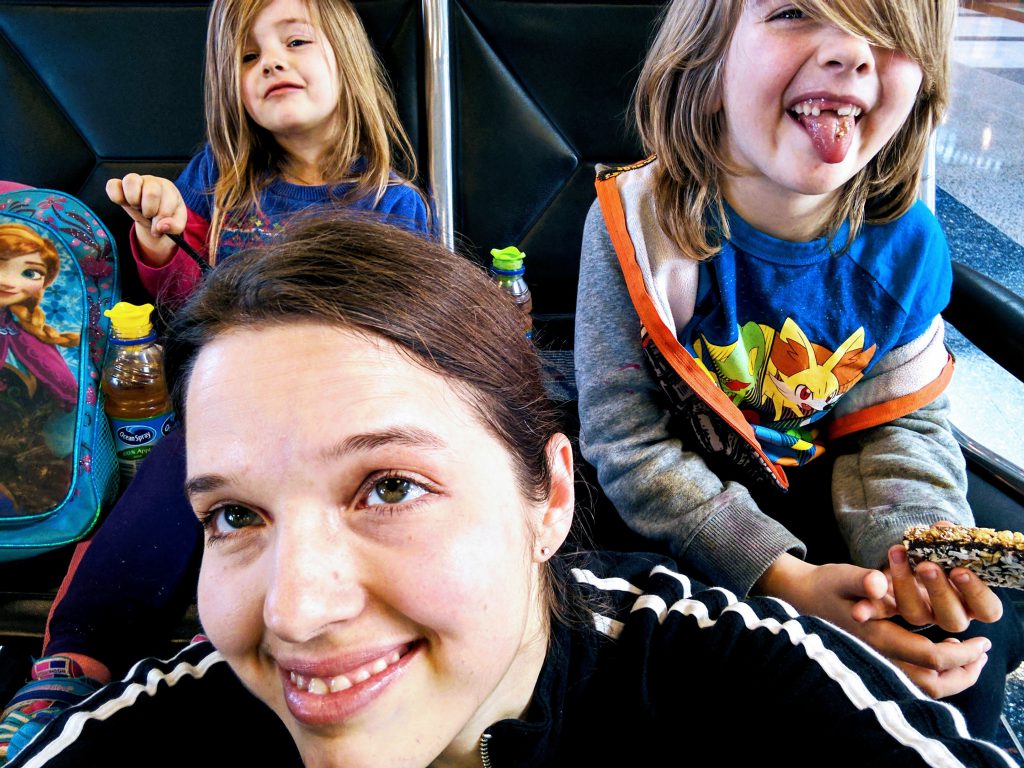 I had to go to Arizona for some medical tests, and Natalie and Logan invited me to bring Petra and Silas along for the trip. It was kind of a quick, crazy trip there and back–I think we were away from home only five days, total. We had a great time, though. Natalie and Logan thought of everything. They had kid-approved snacks ready. They even borrowed car seats from a friend so I didn’t have to haul them. They both tend to go to bed pretty early, so I didn’t have that awkward situation that often comes up when I stay with people who don’t have kids, where they’re eager to go out and do something at like…7 pm, and I have to be a party pooper because bed time.

The kids enjoyed playing with Natalie and Logan’s giant dog and picking oranges from their tree. 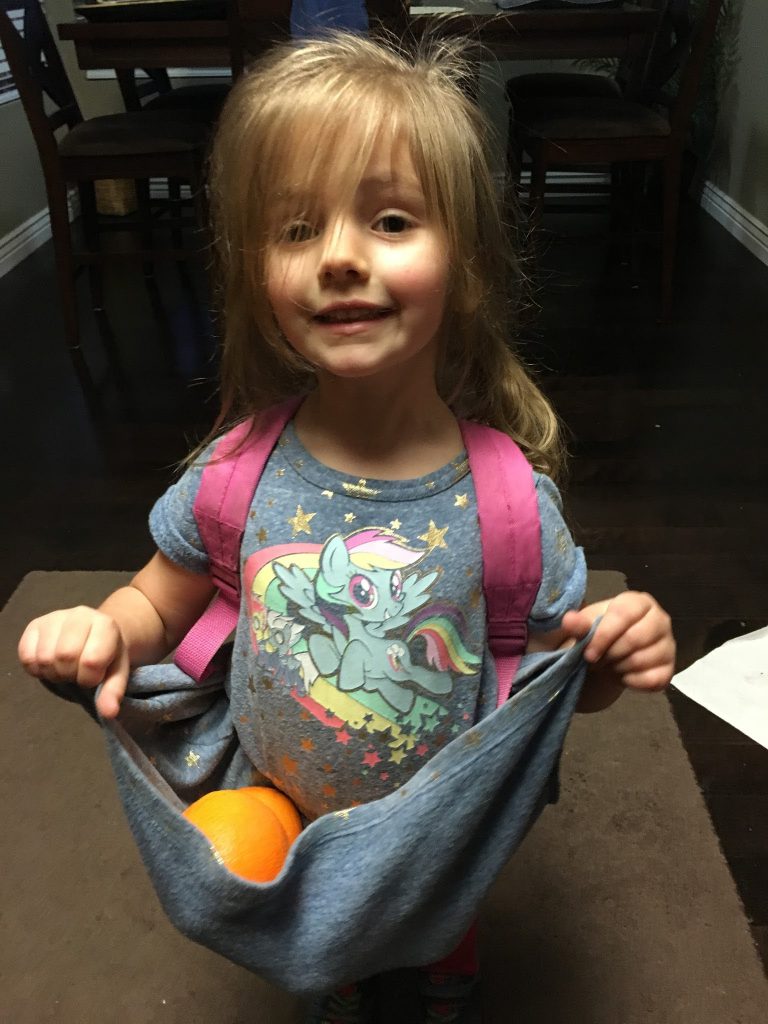 Everybody in Arizona scolded us for bringing Virginia weather with us. It was rainy and in the 60s the whole time! But the desert is beautiful no matter the weather, and we were able to be out a good bit.

We had a lot of fun while we were there. One day, we met up with Natalie’s friend Courtney, whose kids are almost exactly the same ages as mine (her son actually has the same birthday as Silas), and went to the aquarium. Being in the middle of the desert, surrounded by tens of thousands of gallons of water, was kind of a trippy experience. But the kids loved it, especially the penguins and seals.

As we were leaving, Petra said, “Mama, you said we were going to meet new friends at the aquarium. I liked those kids, but it takes a lot longer to be FRIENDS.” Classic Petra, and so very true. But anyway, she liked those kids.

Another day, I took the kids to the children’s museum. It was lovely. One of our favorite places had sort of a skeletal fort, with lots of blankets and big clips for adding to it. The kids loved the big climbing structure and the funny cars (“Like in Cars and Trucks and Things that Go!”).

On the day that I had to go to my medical stuff, Natalie’s mom came and stayed with the kids. They liked her a lot. They even got to watch Finding Dory, which was especially neat after having been to the aquarium just a few days before.

Traveling takes its toll on all of us, though, and being away from me after being away from home for several days was a bit much for Silas. I helped him make a drawing of how all the emotionally rough stuff–being away from his own bed, missing his dad, having a stranger watch him for an afternoon, was filling up his emotional bucket until it overflowed. Somehow, conceptualizing it like that seemed to help…which is good, because our trip home was the next day, and it was a LONG one. 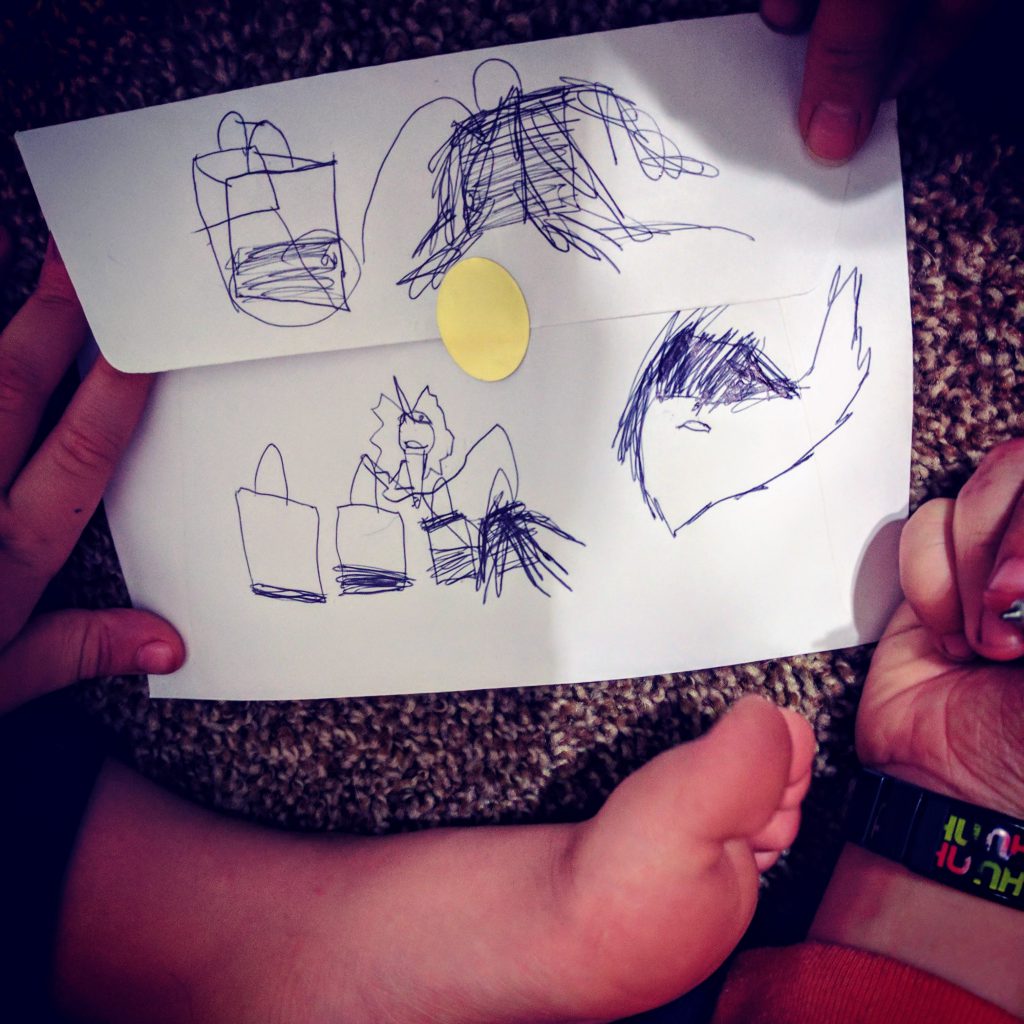 But they are good travelers and we made it home!

The trip was hard for all of us, but also really good. And then we got home, and Ender was awfully sick. I’m glad we had that time with Logan and Natalie. Having the kids with me, though stressful, also helped me.

But wow, such an intense trip. 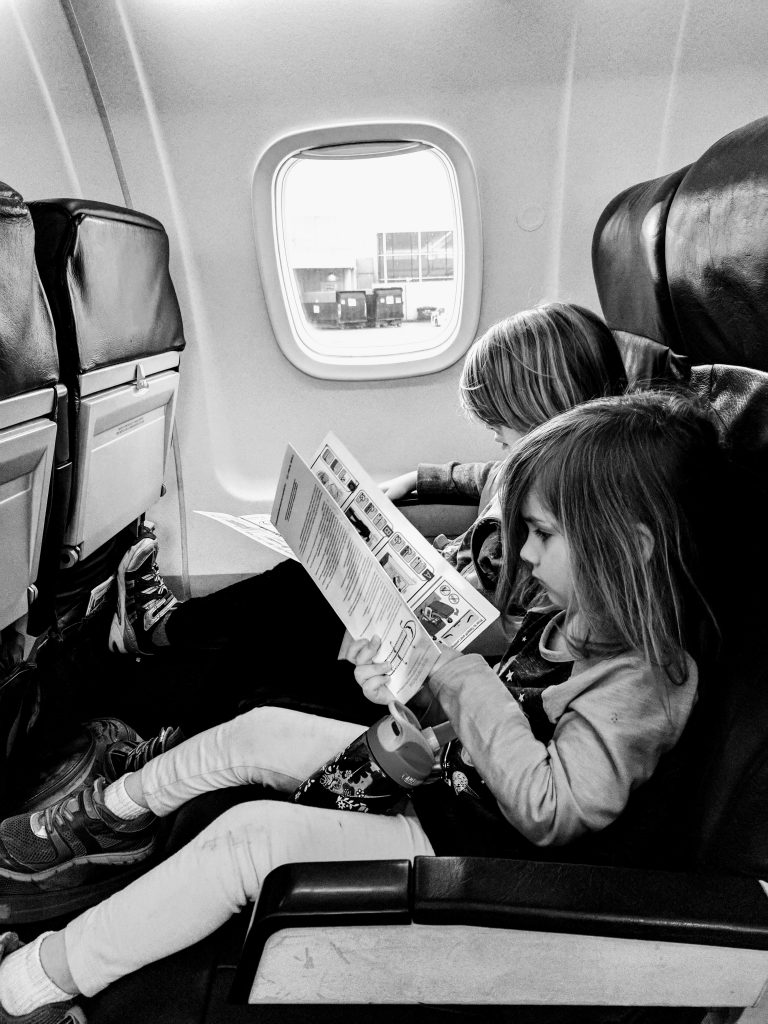