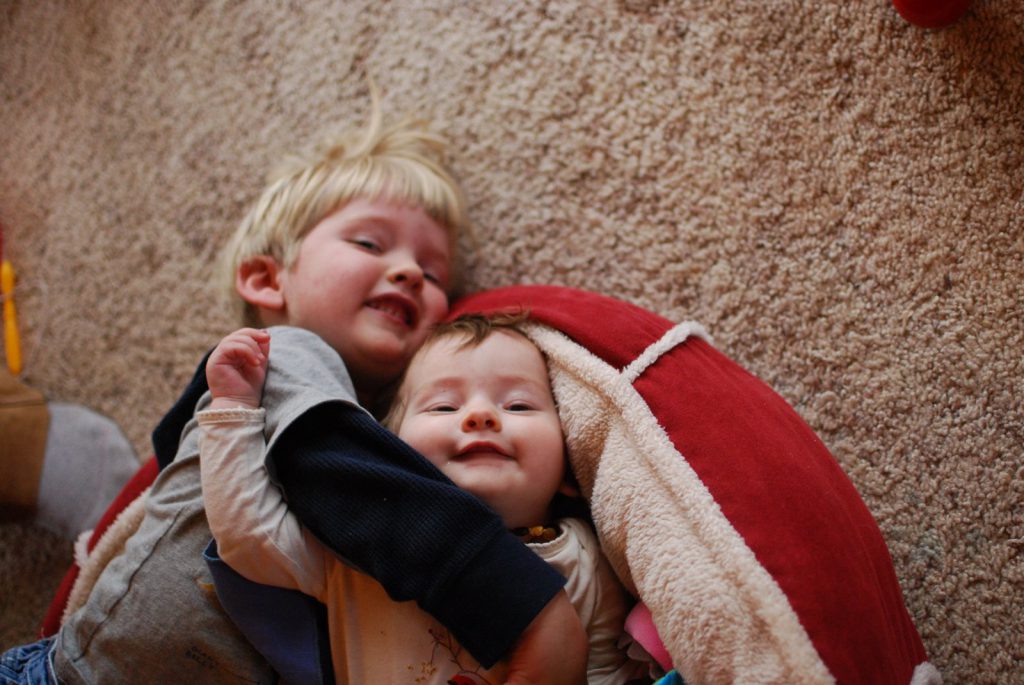 Those little boogers are already playing together!

I have to keep an eye on them, of course. Silas still doesn’t understand that he needs to be careful with Petra. Just in the last week, they’ve really been playing together.

It helps that she is finally getting pretty good at sitting up. 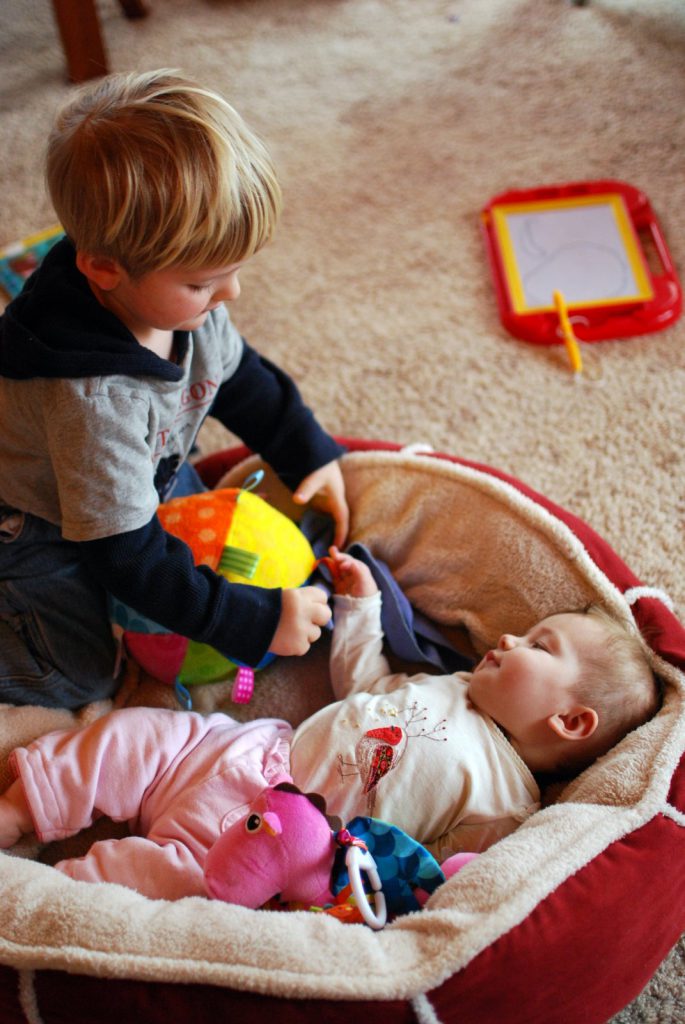 He brings her toys and says that she is “a princess,” or sometimes, “a dragon with fire.”

If he’s playing “dress up,” he wants her to play, too.

Silas built a block tower the other day, and Petra played with the blocks and watched him. 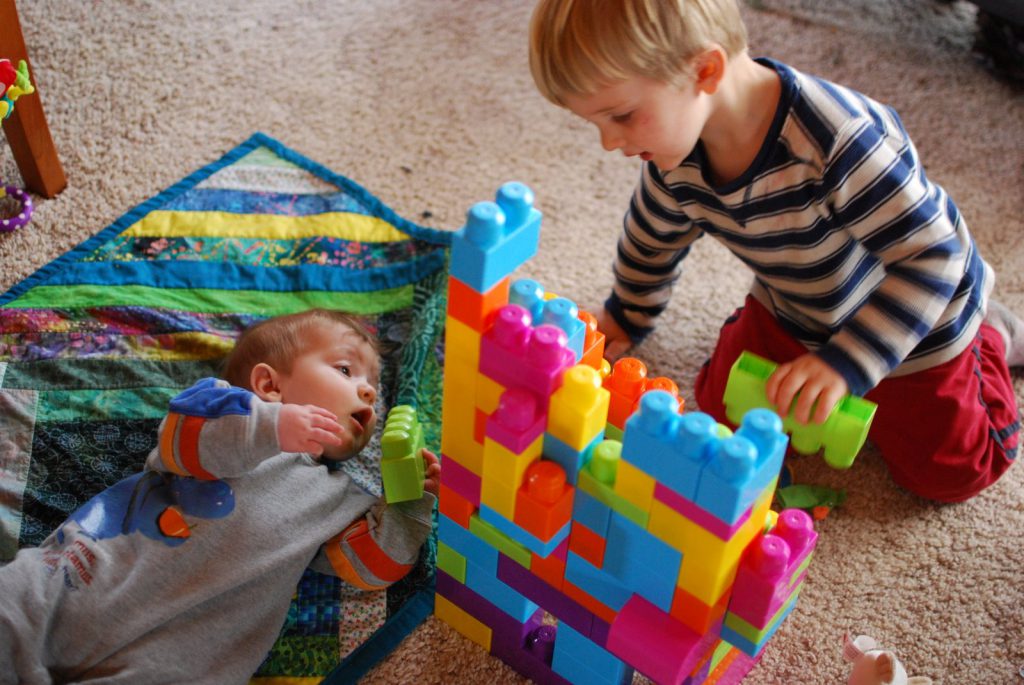 She even kicked it over when they were done. 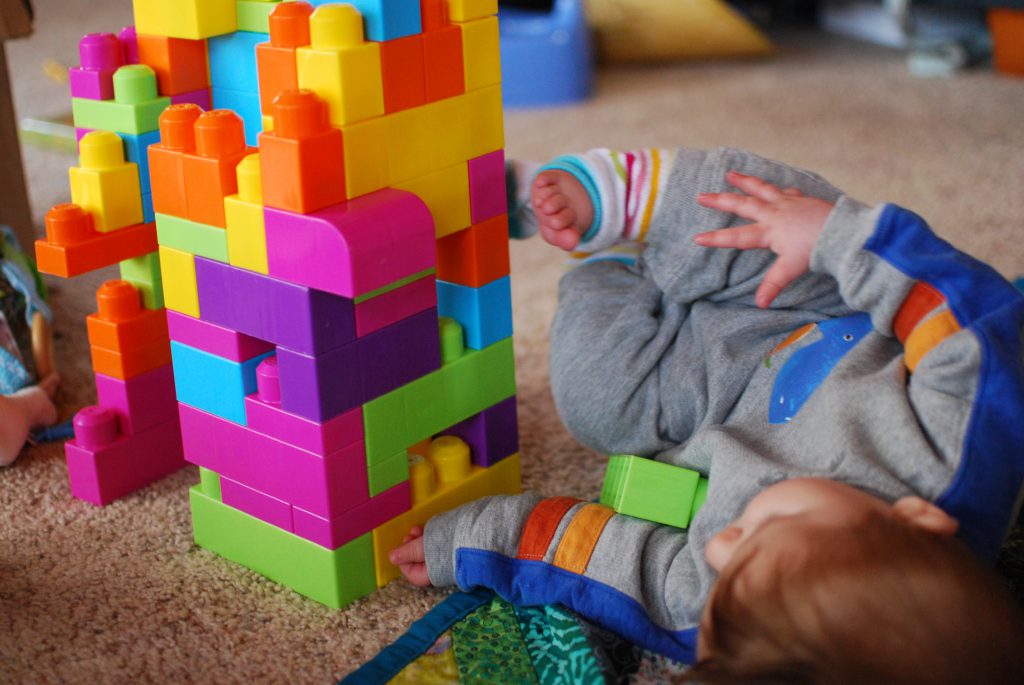 She clearly loves his attention. I’m glad he’s starting to see her as a person he can interact with, rather than a problem. 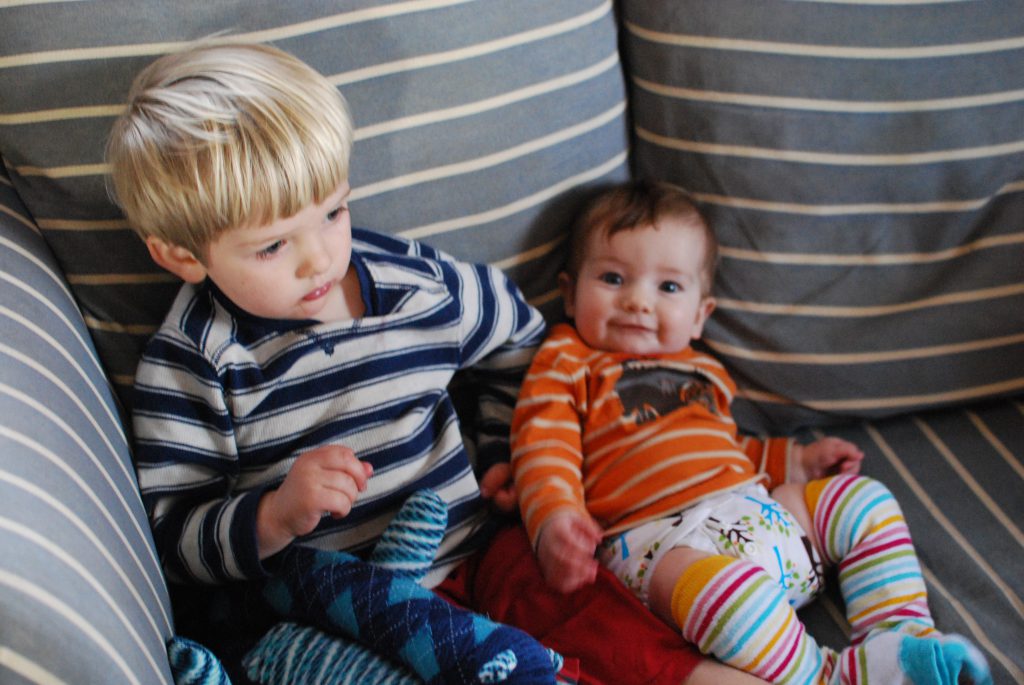