This is part of a series on our current situation with unemployment and March 2013 generally being kind of rough. To read the whole thing, check out March Madness 2013. 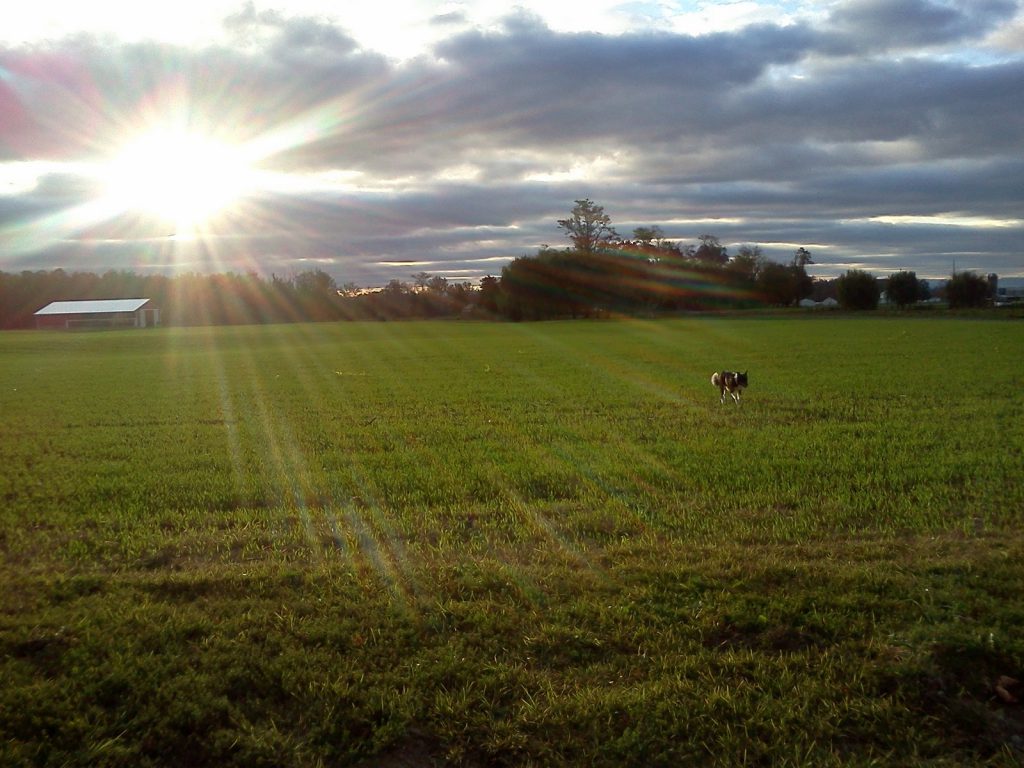 My neighbor K is one of those people who has a heart of gold, but a mouth of foot. I actually like this quality in her–I always know just where I stand with K. I saw her earlier today, and she asked about JC’s job and I told her all of it. K told me that her renter, her redneck, Confederate-flag-waving, dirtbike-jumping nephew or cousin or something was thinking about buying a house a few miles up the road. “This was right after we heard about the Rosetta Stone layoff, and I told him to hold off on that other house. ‘It would be too bad,’ I told him, ‘if you bought that house all the way up there and then Alisha and JC’s house came up for sale.'”

I must not have done a good job hiding my dismay, because she came over later to offer some help with one thing and another, and I could tell she felt bad.

The thought of leaving–even without the added shock of visualizing my neighbor’s nephew tearing up my house with his parties–is unfathomably difficult. It is spring, and my crocuses are poking their noses through the hard ground. I remember Sarah, who goes to a church we used to attend, telling me, “Ever since I moved to Virginia, every year, I think, ‘God couldn’t possibly make a spring more beautiful than the last one,’ and every year, he proves me wrong.” She’s in her seventies, and has lived in Virginia for decades. Every year, I think of her saying that, and I agree.

To dash my neighbor’s hopes for her nephew, we can’t sell the house, and I told her as much. We bought in 2007, which our crystal ball would have told us was a bad idea, and despite aggressively paying down the principle, we’re probably “underwater” on our mortgage. We’ve been running really hard and still losing ground. The only reason that would matter, though, is if we sold the place, which I think we probably can’t afford to do.

We’ve thought of this as our “forever” home, and have customized it to our own taste and needs. Would someone else want a house with our weird bathroom? Would they care that we’ve been doing a permaculture “yarden” project, reducing the area that has to be mowed or maintained every summer that we have lived here? Probably not.

Then there is the simple fact that both of my children were born here, in this house. I’m not a terribly sentimental person, but the two most amazing and strange and wonderful experiences of my entire life happening in this little house have marked it, have etched it on my heart. I should have known this was a risk of home birth. When my father finally tore down the old house where I grew up, the only thing I especially mourned about it was the fact that it was the house where my brother was born, where our family became itself. My brother was married in the garden my dad built where the old foundations had been, only a dozen or so yards from where he drew his first breath. I thought then how beautiful it was to have both of those events happen in the same place.

So, no, the Little House in the Pasture is not for sale. We could rent it out, and I could manage that. I don’t think I could handle the idea of not being able to come back.

There’s more to it, though. We like our location, tucked in the woods but still close enough to town for a quick run in. We love Harrisonburg. The town has more diversity than you’d expect. It welcomes immigrants, who open great restaurants. We like the resources that the universities provide. We have little crushes on local public radio personalities, and then we get the thrill of running into them at the grocery store. I used to think that “The Friendly City” was sort of a corny nick-name; now I say it without any irony.

We love our church, a group of people who challenge us to be the Christians we believe we are called to be. They coo over our babies and share lentil recipes. They call to invite us for hikes and hymn sings. They are doing good and interesting work in the world. One Sunday, JC said, “There’s one problem with this church. There are just too many people that I want to get to know well!” We picked this church with deep intention, envisioning our children growing up there.

We have been surprised to discover that we love Virginia. We love the history of the land. The climate suits us–four seasons, just enough snow to be cute, the river rising and falling and changing. We are natural contrarians, in our element in a “purple” state. DC is close enough for a day trip, but far enough that it doesn’t snarl our daily traffic. My mom just moved to Winchester, for a lot of reasons, proximity to grandbabies among them.

We’ve talked about leaving for a few years, to do service work somewhere or to work at an international university–but always with the intention of coming back. Harrisonburg, and the Mennonite community in particular, is full of examples of people who have done this. Social structures make it possible, here. Everyone knows somebody–often many somebodies–who have lived in the developing world for a year or more, and who can offer advice on the logistics. Everybody has a cousin who is looking to rent a place for a year. When we were “church shopping” several years ago, we visited Park View Mennonite on World Communion Sunday. The pastors had asked that anyone who had done service work overseas come wearing the traditional dress of the country where they had served. Fully one third of the adults in that large congregation were dressed oddly that day. I think this was when I knew we needed to join up with these people. They wouldn’t let us get complacent in our easy, middle-class life. They would remind us that we are called to go out. Well, I’ve been haunting the MCC listings for a while now–nothing is jumping out at me.

We have so many wonderful friends here. That’s the piece that is the hardest to think about leaving. I don’t make friends quickly. It has taken years, but I have a community of wonderful friends, the kind of friends I could call at two o’clock in the morning if I needed them, the kind of friends I can tell what I’m really thinking, without having to sugar-coat or apologize, the kind of friends who challenge me when I’m being lazy or self-indulgent. I’m terrible at keeping in touch with people, too. My mom is amazing at it–she’s still in touch with people she knew in high school, and not just “Facebook friends” with them, either. I like to think that, if we left, I would be more intentional about maintaining connections with the people I love. I know I probably would fail at it.

So, even as I send out application materials to Kansas, Alabama, and Texas, I pray that we will stay here. Still, I know that we will leave some day–either in a U-Haul or a pine box. Every paradise gets lost one way or another, and I would do well not to forget it.

For the time being, we are applying to jobs far and wide, all the while praying to stay here, just southeast of Heaven.